INDEPENDENT PITCHING PANEL and PITCH FEST: Learn what you need to know for them to say yes to your film or idea.

We explore the avenues available for the independent filmmakers to get your film made through the pitching process. We will have a panel of expert managers, producers, and development executives who will give pointers and reveal the
process of pitching in Hollywood. We will have Q&A with the expert panelists and then you will get to pitch your idea or script in front of our panel – and get direct feedback on your idea, style and presentation. Donâ€™t want to pitch? Just come sit, listen and learn. Q&A to follow.

â€œDevoâ€ Cutler-Rubenstein is President of Noble House Entertainment, Inc. Â An exec at several studios, including Director of Literary Affairs for Columbia Pictures Television, she transitioned to producing and exec produced the feature film franchise THE SUBSTITUTE starring Tom Berenger and Treat Williams. She co-wrote and directed PEACOCK BLUES for Showtime Entertainment. Â Starring Bill Forsythe and Poppy Montgomery the short won best film and audience favorite at Moon dance Intâ€™l Film Festival. Â Her doc NOT ARFAID TO LAUGH, about using humor to heal, was nominated for a Peabody and won the Award of Distinction from the Communicator Awards and was selected to be archived in the Museum of Broadcasting. A member of WGAw, her material has been optioned and/or produced by Columbia Pictures, ABC, PBS, Showtime, Interscope among others. Â She has directed award-winning theatre productions domestically and aboard, most recently, she was hired to co-write and direct two features. Â Recent TV credits include developing, directing and producing TATTOO U for FX Channel. Â Summers she enjoys teaching at USC, coaching writer-directors from around the world on short films. Her book WHATâ€™S THE BIG IDEA? WRITING SHORTS, her DVD, â€œThe Insiders Guide to Film Financingâ€ and her â€œReality Presentation Development Packetâ€ are sold through The Writers Store. Â Devoâ€™s â€œDating Your Characterâ€¦ Eight Steps to Writing Screenplays that Sell (& Soar)” is featured on NATPEâ€™s website â€“ www/natpe.tv/blog/ and <http://www.datingyourcharacter.net>Â . Â The prolific filmmaker is also a committed coach who conducts ongoing writing and acting workshops around the world to help writers, actors and directors create career strategies through branding, pitch coaching, marketing and brokering. Â <> Â / getcoverageplus.com / Â devo9@me.com. 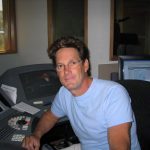 Howard Burkons has been a Producer and Writers Guild of America member for over 25 years, having written, produced and executive produced movies for television, hour drama and half hour comedy pilots, documentaries and feature films.
Among Howards latest projects are the films, â€œDeck the Halls,â€ which he wrote for Turner Network Television and Executive Produced with his longtime producing partner, Brenda Friend, and â€œSmooch,â€ which he co-wrote with Terry Spencer and also Executive Produced with Brenda Friend for the Hallmark Channel.
Howard (also with Friend) Executive Produced the award winning â€œThe Ron Clark Story,â€ which premiered on Turner Network Television on August 13, 2006.Â  â€œThe Ron Clark Story,â€ one of the highest rated movies of 2006, was nominated for two Emmy Awards; one for Outstanding Made for Television Movie, and one for Matthew Perry as Best Actor in a Movie or Miniseries.Â  The film has also garnered top honors as a nominee for the Criticâ€™s Choice Award, and was recognized by the Golden Globes, the SAG, DGA and WGA Awards, as well as receiving the Family Friendly Award for Best TV Movie of 2006, and the prestigious Christopher and Gabriel Awards in 2007.
Other films written and/or produced by Howard are â€œJohn Qâ€ for New Line Cinema starring Denzel Washington, â€œAdvice Wars, The Ann and Abby Movieâ€ for Lifetime Television, and â€œHighway Heartbreaker,â€ which, when it aired on CBS, was the highest rated television movie of the year.Â  Howard has also collaborated for the past fifteen years with award winning filmmaker, David Mickey Evans (â€œThe Sandlotâ€, â€œRadio Flyerâ€) and has sold several features with Evans as his Co-Writer and Producer, and is developing television series with screenwriter Warren Lewis (â€œBlack Rainâ€, â€œ13th Warriorâ€).
Howard was also an early adapter/WGA Writer of Interactive Entertainment and Computer Games, and spent several years in that market working as a â€œBlue Skyâ€ Creative Consultant for Electronic Arts, and other cutting-edge new media companies.Â  As an actor, Howard appeared in several films and performed in the â€œGroundlings Sunday Show,â€ and is a writing, pitching, and producing coach who lectures in screenwriting and film and TV production at UCLA, USC, and the Philadelphia Conservatory of the Arts, teaches a semi-annual, concentrated, â€œCatch and Pitchâ€ three-day weekend seminar at ASU, and recently taught a graduate course in Television Production at LMU.
The father of two, he has been married to Studio Executive and Producer Donna Burkons for 39 years, and is represented by Attorney Richard Thompson, Agent Cindy Mintz, and Personal Manager, Paul Escroll. 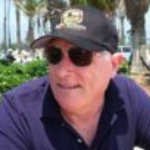 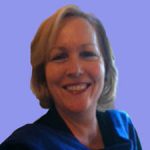 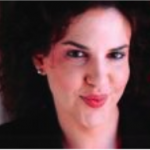 Marlene joined RGH from Two Twigs & A Berry Productions, LLC, where she was a Producer.Â  During her tenure there, she developed and produced films, TV series, and games.Â  She was Producer/Manager of Distribution and Marketing at Enemies, Inc., a South Korean company with offices in LA, where she contributed to animated properties such asÂ  Higglytown Hereos, Da Jammies, and Z-Squad.

Marlene began her career at Renaissance-Atlantic films as Director of Development, where she was involved in the production, development, and marketing of childrenâ€™s TV series, including Power Rangers, Digimon, and Heavy Gear.

← 2012 Animation: Get in on the Craze 2012 Finance/Distribution:Getting Money in a Down Economy →