WGA Presents: Surmounting The Odds: Fundraising Triumphs From the Trenches

If you want to know what it takes to be a produced filmmaker in this town then come to this panel. You will get the real stories and real information on what your script needs to sell!Â  With the ongoing challenges women face in getting their projects financed and off-the-ground, panelists will discuss the innovative and entrepreneurial ways in which they as writers and writer/directors have successfully funded, finished, and promoted their works across various platforms.

This panel is always a favorite with our filmmakers. The WGA ‘Women’s committee is our sponsor on this panel and have been involved with the festival since 2006. 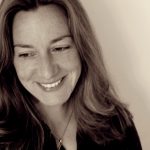 Sharon Lennon is a writer/director, and a recent New York City transplant.

Her screenplays and television scripts include 1-800, Believe In Me, Eat Your Heart Out Goody Two Shoes (finalist – Sundance Filmmakerâ€™s Lab), Ant Farm City (Slamdance Semi-finalist), Trip, and Grace, Honey (a play and television pilot). Sharon was a script writer for One Life To Live (ABC) in 2008-2009, and most recently wrote a PSA on postpartum depression for Women In Film/Jr. League of Los Angeles.

As a freelance writer for local and national publications and as a writer/consultant on public education campaigns, Sharon has worked for The Ms. Foundation For Women, YWCA and Girls Incorporated, and her work has been published in The Hollywood Reporter, Ms. Magazine, MetroSource, The New York Times and by Scholastic Inc., Seal Press and Heinemenn Books.

Sharon has directed theater in New York City at The Flea Theater, TBG Theater/The Barrow Group, Dance Theater Workshop, The Samuel Beckett Theatre, HERE, The Westbank Theatre, among others, and in Los Angeles at The Davidson/Valentini andÂ  Renberg Theatre in the Lily Tomlin Jane Wagner Cultural Arts Center. She studied directing with Wynn Handman of the American Place Theater, was a visiting director at The Julliard School at Lincoln Center, and was a participate in the 2009 Directorâ€™s Lab West at The Pasadena Playhouse. She is a proud member of the WGA. 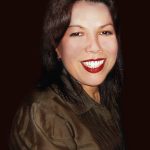 Evette Vargas was heralded by the New York Times as an Artist To Watch, Evette Vargas is an award-winning filmmaker. Evette was born in New York, where she graduated with honors from New York Universityâ€™s Tisch School Of The Arts with a degree in filmmaking. Evette received early recognition as a student filmmaker and writer. Her short film, Thicker than Water, was showcased at the top film festivals, with screenings at the Directorâ€™s Guild and the New York Film Festival, and won 15 awards, including the Best of NYU. Evette recently earned her MFA in Screenwriting and Showrunning from UCLAâ€™s School of Theater, Film & Television.
Evette co-founded Digital-Reign, an award-winning transmedia production company. The companyâ€™s â€œcreativity guru,â€ Evette oversees the development of original content, design and innovative media in the areas of television, film, mobile apps, web games, videogames, comics, animation, interactive and more. Evette is a mainstream and commercial writer/director of elevated and compelling TV series, films, transmedia content and branded entertainment. Evette is a multi-faceted creator focused on smart, visual storytelling. By day and night, Evette writes in two areas: action and comedy. Evetteâ€™s writing is unique in that it is both commercial and substantive – presenting character-driven plots with heart and intelligence. Evetteâ€™s resume contains notable writing and directing works, such as mobile apps for Sherlock Holmes 2; trailers, teasers and interactive media for Madonna.com; original content for AFIâ€™s TV specials; iPhone and iPad games for Nissan; music videos for the Baha Men and Wu-Tang; media for the Grammys; and web games for the Lord Of The Rings film trilogy. With a repertoire spanning television, film, mobile, web content, games, comics, music and more, Evette is by no means a prototype, cookie-cutter writer – she is Hollywoodâ€™s new breed of multimedia talent.
Evetteâ€™s recent success includes the writing, directing and producing of her action thriller web series, DARK PROPHET, starring Henry Rollins (Sons Of Anarchy), Josh Meyers (That â€˜70s Show), Rick Gonzalez (Old School, Coach Carter) and Bill A. Jones (Glee). Judged by top NBC/Universal TV executives, DARK PROPHET won First Place in the NYU Tisch West Alumni Web Series Competition, an NBC/UNI production award, and is an official selection of the WGA Writer/Director Showcase. Evette is showrunning season one of DARK PROPHET. The show, comic book and mobile app are in production. Evette has partnered with producer, Shannon McIntosh (The Weinstein Company), on her one-hour gritty crime TV pilot titled, BLOODLINE. The graphic novel based on the series is in the works. Evetteâ€™s one-hour action adventure pilot, ECHOES, nabbed a winning spot as a UCLA Screen & TV Writing Showcase Finalist and has been sought for option. KINGNAPPED, Evetteâ€™s comedy script, won a Top 30 spot in The Academy of Motion Picture Arts and Sciences Nicholl Fellowships in Screenwriting and has attracted A-list talent. Evette has also attached an Academy Award Winning producer to the film. Evetteâ€™s half-hour comedy pilot, RATTLE & ROLL, won the Ron Baham Memorial Fellowship In Comedy Award. Evetteâ€™s action thriller screenplay, WITHER, was a winner of the Screenwriting Expo and reached the finals of the Sundance Institute Grant in Screenwriting & Film Production. Evetteâ€™s action thriller screenplay, SIGHT UNSEEN, has earned more than 25 awards. Evette is adapting the feature into a gritty one-hour drama. Evette is designing her branded entertainment merchandise line, MUCHO MUCHO Y BUENO BUENO.
An active member of the NYU Tisch West Alumni Council, Evette mentors screenwriting and directing graduates. Evette learned to tell stories at the dinner table, where the imagination ruled. 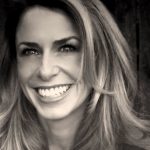 Lagosâ€™s feature script entitled NO GOOD DEED, a domestic thriller, is currently in postproduction with Sony Pictureâ€™s Screen Gems and stars Taraji P. Henson and Idris Elba and is directed by Sam Miller. NO GOOD DEED is set for wide release in 2013.

AimÃ©e earned her undergraduate degree from Washington University in St. Louis, where she studied Social Thought and Analysis and Legal Studies along with performing arts. She graduated with honors before moving to Central America where she spent a year and a half living and working in a Mayan community in Guatemala. She then returned to New York where she began her directing career in theatre while working as a script supervisor in film before cowriting and co-directing the short film UNDERGROUND which played in over 100 festivals garnering over 10 top film festival awards as well as a B.A.F.T.A. Award For Excellence.

Sheâ€™s currently developing her newest script, a supernatural dramatic thriller which she will also direct. Lagos is repped by WME and Management 360. 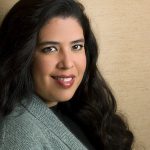 Ligiah Villalobos is the Writer and Executive Producer of the independent feature film Under the Same Moon, (La Misma Luna), released by Fox Searchlight and The Weinstein Company. The film was an Official Selection at the 2007 Sundance Film Festival and became the highest sale for a Spanish-language film in the history of Sundance. Made for under $2M, the film has earned over $23M worldwide.

Born and raised in Mexico, Villalobos moved to the U.S. at the age of 11. She attended Brigham Young University, majoring in Cultural Geography and Dance and is currently getting a degree in Creative Writing from Antioch University, Los Angeles.

Before becoming a writer/producer, Villalobos held several positions at studios including Director, Programming for Buena Vista Productions where she oversaw all television production in Latin America, including eight #1 rated Disney Club Shows in six countries. She also developed the CD Navidad en las Americas for Disney Records, which landed at #8 on Billboardâ€™s Latin Chart, and two Prime Time TV Specials, which aired in 18 countries. She was later hired by Touchstone Television to oversee Walt Disneyâ€™s prestigious Writers Fellowship Program and Directorâ€™s Training Program.

After leaving Disney, Villalobos served as Director, Current Programming for the WB Network where she oversaw six prime time series. She then made a transition into film production as the VP, Creative Affairs at Esparza/Katz Productions. There she was involved in the development of, Price of Glory for Newline and Walkout for HBO Films, also serving as a Co-Producer on Walkout.

Since becoming an independent writer/producer, Villalobos has co-produced the film, Dancing in September (Official Selection at 2001 Sundance Film Festival) bought by HBO, been a staff writer on the NBC show, ED, the Head Writer on the #1 Nick Jr. series, Go, Diego! Go!, and has developed projects for ABC/Family, F/X, Salma Hayekâ€™s Co., Will Smithâ€™s Co., Norman Learâ€™s Co., and NBC among others.

premiered on ABC, in April, 2012. She is currently doing a rewrite on Bridesâ€™ March for Lifetime and consulting for BET and PIXAR.

Villalobos was named, â€œOne of the 25 Most Powerful and Talented Hispanic Women in the Entertainment Industryâ€ by the Hollywood Reporter and Billboard Magazine in 2007 and was honored with the Norman Lear Writers Award at the Imagen Awards in 2008. She serves on the Board of The Writers Guild Foundation and the Advisory Board of Girls Inc. Latina Initiative. 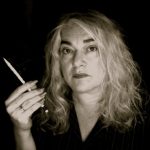 Jersey girl Sherry Coben started her professional life as a graphic artist and illustrator at a local TV station in Philadelphia while still attending Swarthmore College. Eventually, her writing ambitions took her to New York City where she wrote and produced and (even performed in) a bunch of plays. Plays and a big fat pile of spec scripts.

Eventually, through the usual uniquely serendipitous series of random events, she was discovered and won an Emmy for her very first writing sojourn into broadcast television, NBCâ€™s breakthrough Saturday morning series â€œHot Hero Sandwich.â€ She followed up that auspicious beginning with a staffing stint on ABCâ€™s hilarious soap â€œRyanâ€™s Hope.â€ Shortly thereafter, Sherry sold her first sitcom pilot to CBS, a series that brought television production back to New York. That show she created and wrote was long-running critical darling and ratings hit â€œKate & Allie.â€ Shot in the historic and refurbished Ed Sullivan Theater right on Broadway proved no small thrill for all parties involved but most particularly for its creator. The meteoric success of K&A provided enough momentum for a decade of earning a perfectly lovely living writing for television and movies. Choosing to live on the East coast, she stubbornly tried many times to recapture lightning in the same bottle.

After a wrenching relocation West, while under contract with short-lived phoenix MTM, Sherry produced and wrote CBSâ€™ landmark childrenâ€™s series for children, â€œBailey Kipperâ€™s POV.â€ While many of her TV pilots and commissioned feature film scripts remained mired (albeit handsomely compensated) in development hell, Sherry kept herself more than busy raising her two daughters and working pro bono in New Jerseyâ€™s and Southern Californiaâ€™s under-funded public schools as a mentor, theater director, costumer, playwright, and improv coach. Even though her most lucrative success came from television, Sherry neverÂ  abandoned the theater. Several of her original plays were produced by Gold Coast Conservatory, and she directed the world premiere production ofÂ  â€œBubble Boy: The Musical,â€ successfully shepherding that project to winning ASCAP Foundation/Disney Musical Theatre Workshop.

Once her nest had officially emptied, Sherry tried to re-enter her career where sheâ€™d left it. Finding broadcast television a difficult market to crack, Sherry turned instead to New Media, writing twelve spec half-hours of a series, then shooting the first of those with the help of invaluable and talented friends on much less than a shoestring budget. A few years of fruitless tail-chasing ensued until a fortuitous meeting with an executive at Michael Eisnerâ€™s new Internet venture VUGURU. Deals were made, and the rest is history. Little Women BIG CARS made its debut on Motherâ€™s Day 2012; season two is in the works, and there just might be a tiny crack in the previously locked-tight door to broadcast television.