Finance and Distribution: How to get the money to make your film!

If you are an independent filmmaker the hardest part is getting the funding to actually make your film. This panel of experts will provide real world solutions to your issues and illustrate methods that can be mastered to make your dream a reality. Q & A to follow.

Among the projects she produced and developed are: SHOWDOWN IN LITTLE TOKYO (Warner Brothers/1992), PENTATHLON (LIVE/1994) and SPECTRE (Hollywood Pictures), a WWII action drama written by the late Donald Stewart. 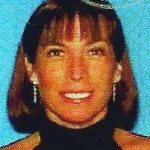 Susan Simms has been the Los Angeles Liaison for the Florida Film & Entertainment industry for over 20+ years, spanning the administrations of 4 Governors. In addition to her tenure for the State of Florida, she also works for the statewide industry trade group, Film Florida, which represents some 60 local film offices, 16,000 businesses and 100,000 Floridians working in the film, TV and digital media industries. She has helped secure countless high-profile projects for the state including the current Emmy nominated ‘Bloodline’ for Netflix, shot in the Florida Keys and HBO’s new dramedy hit, ‘Ballers’, shot in Miami. In addition to numerous financial incentive projects, Simms also helps work on more than 1000+ projects a year, shooting throughout the State of Florida, the majority of which receive no incentive.