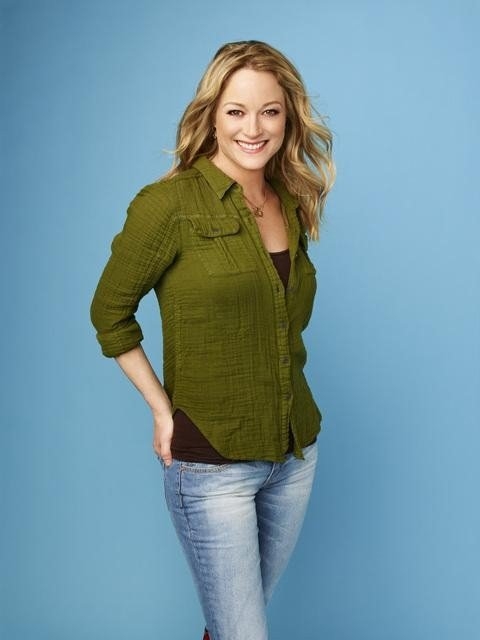 Teri Polo is the co-lead on the new ABC Family show “The Fosters”, produced by ABC Family and Jennifer Lopez. Polo is best known for her role as Robert De Niro’s daughter, Pam Byrnes, in the “Meet the Parents” theatricals. She recently starred in “The Little Fockers,” the third installment of the movie franchise. She recently completed production on the feature “Beyond” opposite Jon Voight. She also has two additional features to be released in early 2013; “We Have Your Husband” and “A Christmas Story”. She is just wrapped the Lifetime movie “Jayne’s Story”. She also recently completed production on the Hallmark movie “Taste of Romance,” which was released this past May.  Polo was also currently recurring on “Law & Order: Los Angeles”. She played the character of Casey Winters, wife of Det. Rex Winters, played by Skeet Ulrich. Teri’s other recent credits include the feature film “The Hole,” directed by Joe Dante, and the NBC miniseries “The Storm”.

Polo’s other film credits include “Beyond Borders” co-starring Angelina Jolie, the suspense thriller “The Unsaid” opposite Andy Garcia and “Domestic Disturbance” opposite John Travolta and Vince Vaughn. She co-starred opposite De Niro and Stiller in “Meet the Parents,” for which she won a People’s Choice Award, and its sequel “Meet the Fockers.”

Originally from Dover, DE, Polo began her performing career as a dancer. By 13, she was attending New York’s School of Ballet. The summer before her senior year, she was signed to a modeling contract, which led to a role as “Kristin” on the daytime drama “Loving.” Polo made her primetime debut in the dramatic series “TV 101.” Television audiences may remember her as “Michelle Capra,” the doctor’s wife who was determined to master the strange surroundings (and even stranger characters) of Cicely, AK, in “Northern Exposure.” She also starred in the comedy series “I’m with Her” as well as David E. Kelley’s “The Wedding Bells.” Other television credits include Hallmark’s “Love Is a Four-Letter Word,” the original film “Second String” opposite Jon Voight, and the television movie “Straight from the Heart.” She was nominated for an Emmy Award for her role opposite Jimmy Smits on “The West Wing.”