Will be honored at the Oct 14, 2018 red carpet Awards Ceremony at South Park Center Auditorium

Rachel Winter is an Academy AwardÂ®-nominated producer, best known for the acclaimed film â€œDallas Buyers Club.â€ Based on a true stor 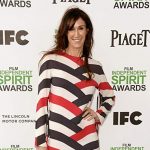 y, the powerful film earned six Academy AwardÂ® nominations including best picture, winning three of them including lead actor for Matthew McConaughey and supporting actor for Jared Leto.  The film also received accolades from the Producers Guild of America, the Hollywood Foreign Press Associationâ€™s Golden Globe Awards and the Broadcast Film Critics Associationâ€™s Critics Choice Awards.  Recently, Winter produced William H. Macyâ€™s directorial debut of the feature film â€œKrystal.â€ The dramedy follows a young man who has never had a drink in his life who, upon meeting the woman of his dreams – an ex-hooker-stripper-junkie-alcoholic, pretends to be in AA in an attempt to try and woo her.  Winter also produced the indie drama â€œStealing Cars,â€ inspired by the true events associated with a tragic car accident that sends a rebellious teen spiraling downward into the grim injustice of the juvenile penal system. The film premiered at the Los Angeles Film Festival in 2015 and earned the festivalâ€™s Zeitgeist Award. Winter also has several project in development including the untitled LeBron James biopic for Universal, which she will produce with LeBron James and Maverick Carter, and a feature based on the life of daredevil motorcycle icon Evel Knievel at Paramount. Her previous film credits include the films â€œBrooklyn Rules,â€ â€œWayward Son,â€ â€œBury Me in Kern Countyâ€ and â€œThe Lather Effect.â€ On the television side, Winter has an overall first-look deal with A&E Networks to develop and produce scripted drama projects.

← WGA: Women Taking Control of Their Careers as Hyphenates Panel- Photos 2017 Hey the Schedule for 2018 Films is Here! →