ANIMATION: Get in on the craze and turn your idea into big money.

Join us in a panel with an amazing expert panel of professionals who have made animated films and live action. This panel will go in depth on the pit falls of animation, the possibilities of taking narrative concepts and adapting them to animation and creating animated shorts to use as a financial calling card to get money for the full length project. Q&A to follow. 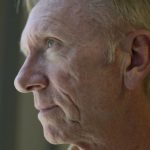 Kevin entered the film business as an assistant and landed his first creative position as a Story Editor for Freddie Fields Productions. After three years with FFP, he moved to Media Home Entertainment to acquire titles for an independent home video label as well as to oversee production on co-funded projects. With that independent market crashing, he moved to Walt Disney Feature Animation as Director of Development several months before the release of BEAUTY AND THE BEAST.
Bringing a knowledge of musical theater and a strong awareness of the Disney library to the job, Kevin went to work immediately on staffing THE LION KING and POCAHONTAS with writers such as Susannah Grant, Irene Mecchi, Tab Murphy and Bob Tzudiker and Noni White. He oversaw initial development of THE HUNCHBACK OF NOTRE DAME and HERCULES as well as co-developed the New Songwriters Program. He also oversaw an initiative to have classic novelists and storytellers such as William Styron write treatments for them. He was instrumental in bringing Tony winners Stephen Schwartz and David Zippel into the Disney fold.
Moving to 20th Century Fox Family Films gave him a chance to utilize both my experiences in live-action and animation development. While at Fox they launched Fox Animation with ANASTASIA , for which he developed and oversaw all aspects of story production including the hiring of all writers, overseeing the storyboard and animatic processes as well as the hiring of songwriters Lynn Ahrens and Stephen Flaherty. The film received two Oscar nominations for Best Song and Best Score (by David Newman). He was also involved in overseeing all aspects of production. Kevin developed EVER AFTER with Susannah Grant, THE MIGHTY MORPHIN POWER RANGERS: THE MOVIE and also MONKEYBONE with Sam Hamm and director Henry Sellick. Mr. Bannerman co-created ICE AGE with producer Lori Forte and was an early advocate of Blue Sky Studios when they were still a commercials production house.
With his contract up at Fox he went independent, producing on CURIOUS GEORGE for Universal, producing 30 DAYS UNTIL Iâ€™M FAMOUS, a romantic comedy with music, for VH-1, developing an independent animation project TRICKSTER and co-producing the film version of the off-Broadway hit FOREVER PLAID.
Kevin serves on the panel for the Dreamworks/ASCAP New Musicals Workshop in Los Angeles alongside chairman Stephen Schwartz and occasionally on the New York ASCAP Workshop panel as well. He is on the Board of Directors of two non-profit organizations: MAKE MUSIC LOS ANGELES, which is focused on the creation of an annual outdoors citywide music festival in June, and LIVE ARTS GROUP, dedicated to bringing the joy and excitement of music video production to under-served youth in Los Angeles. Live Arts has also created a curriculum for the LAUSD which it hopes to implement in 2013. 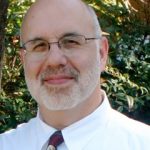 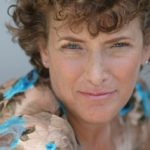 Bob and Noni were actors before they started writing feature films in 1990, appearing on stage, in numerous feature films and on television. Their extensive list of credits is available on IMDB.com.

Disney Theatrical Productions has produced a stage version of â€œNewsies,â€ with Alan Menken and Jack Feldman returning to write the songs, and Harvey Fierstein on the book. The musical opened at the Nederlander Theatre on Broadway in March of 2012 and has been sold-out ever since.

Bob and Noni also wrote on “The Lion King” and numerous other projects for Disney, Fox, Sony, Universal, Dreamworks and independent producers. They wrote and directed several ads for the Obama presidential campaign. Bob is the author of three books of short stories. Bob and Noni have a son, Ben, who is 13 years old. 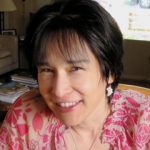 Elena Song co-wrote two sequels, â€œBring It On: Fight To The Finishâ€ and â€œBring It On: Â In It To Win It.â€
She began her writing career with an assignment from Disney Feature Animation and has moved back and forth between animation and feature work ever since. Â Elena was an uncredited writer onâ€œShrek The Third” and has also completed screenplays for several studios, including Paramount, Universal and MGM. Â Last year she sold a TV pilot to ABC Family and is currently working on an animated film project for Amazon Studios. 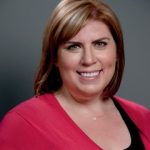 As Director of Development for Sony Pictures Animation, Jenny Marchick is responsible for the creative supervision of a number of upcoming features for the studio, from inception to script through production, including Janet Foxleyâ€™s MUNCLE TROGG, the 2010 Times (of London)/Chicken House book prize winner; KAZORN AND THE UNICORN, a comedyÂ fantasy with Kelly Asbury (SHREK 2, GNOMEO & JULIET) at the helm and co-directed by Troy Quane, with executive producers Sam Raimi & Josh Donen; and HOW TO SURVIVE A GARDEN GNOME ATTACK with producer Robert Zemeckis.
In her role, Marchick is also in charge of discovering and acquiring new creative material and intellectual property aligned with Sony Pictures Animationâ€™s vision including books, comics, video games, shorts, websites, and toys.
Marchickâ€™s extensive experience in production and development also includes executive positions at Mandeville Films, Twentieth Century Fox and Disney Channel working on projects such as BEVERLY HILLS CHIHUAHUA, THE TOOTH FAIRY, DATE NIGHT and KNIGHT AND DAY.