SOCIAL MEDIA PANEL: Build your Film and Funding Sources with Social Media and find out how this is done from our experts

This is a panel with social media and film distribution experts who will give you a nuts and bolts understanding of how to sell your film, gain media exposure, and get the attention of distribution companies to buy your film. Q&A to follow 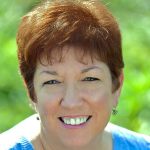 Lisa Lyons is an award-winning copywriter/PR/marketing professional with over 30 years experience in public relations. As owner of Budala Communications, she deliversÂ a full range of public relations services including social media creation and monitoring, traditional and online publicity outreach, marketing/branding consultation, and website enhancements to her clients. She started her career at the elbow of famed Hollywood publicity guru Warren Cowan and went on from there to work as a unit publicist at Embassy Television and KCET Television, sales & marketing at world-famed Hotel Bel-Air, communications writer-editor at City of Hope Cancer Center in Los Angeles and account executive at established boutique agencies such as BWR Public Relations and The Londre Company. 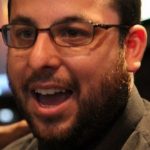 Matthew’s passion for partnering with brands to help build community, optimize operations and develop a strong digital strategy has lead to successful business relationships with Aetna, Microsoft, Hasbro, AT&T and others. He is committed to developing new ways to infuse creative projects with the management and development assistance needed to break away from the pack. As founder of Relentus, his team combines technology, production, social and analytical solutions that have empowered award winning campaigns around the globe. As an entrepreneur, Matthew has founded or co-founded startups focused on the intersection of entertainment and technology to stimulate, inform and educate communities. 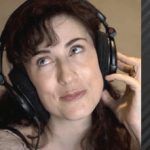 Cindy Baer is a director, producer, actress and founder of Patron of the Arts, a nonprofit company whose mission is to help emerging filmmakers & artists connect with donors that wish to support their new projects.Â www.PatronOfTheARts.org

As a director/producer, Cindyâ€™s feature debut PURGATORY HOUSE screened at over 25 film festivals, nabbing highly coveted screening slots alongside much bigger-budgeted, star-studded indies. The film became a critical darling, garnering feature stories in over 60 respected publications, including The New York Post, The Chicago Tribune, NPRâ€™s â€œAll Things Consideredâ€ and CBS Radio. It won 11 festival awards, 2 Prism Nominations, and appeared on 5 criticsâ€™ lists for â€œBest film of the Yearâ€ before securing distribution with Image Entertainment. Â Cindy also produced, directed and starred in the acclaimed, award-winning short comedy MORBID CURIOSITY, which screened in over 25 film festivals. Recent acting credits include the roles of â€œLizzie Bordenâ€ in the upcoming indie horror feature LIZZIE and Rainn Wilsonâ€™s wife â€œJillianâ€ in FEW OPTIONS, ALL BAD. Â As a director, Cindy is currently in post-production on her second feature ODD BRODSKY, which she co-wrote with her cinematographer husband Matthew Irving. 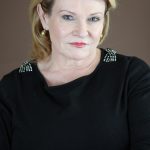 Susanâ€™s film other writing credits include, The Taming of the Shrewd, produced by Silvernite Entertainment, After Life, produced by Deus Productions, Put Your Mouth On It, produced by Zen 411 Productions. Her film credits include 50 Ways to Leave Your Lover by March 7th Productions starring Tori Spelling, Poppy Montgomery and Fred Willard, and A Freudian Image by GG Productions.
Susan’s screenwriting awards include film finalist for After Life at the 2006 Moondance International Film Festival, semi-finalist in the Writers Network 2003 Screenplay Contest (with Fade In: Magazine) on two screenplays, Snakeskin and Rat Women (Rodentus Rodeo). She won Second Place for her script, Neurotica in the “Submit a Short-Subject”contest by Take-One Productions and was a finalist for her script, The Mouse (with co-writer Tom Ecobelli) at the Edward Albee Last Frontier Theatre Conference.

Susan has produced, directed and/or written plays and shows that have been performed across the US and Canada, including, ’08 (written by Eric Axel Weiss of Buffalo Soldiers) with Sam Bottoms, Alan Rachins and Dean Haglund, That Man/Woman Thing with Debra Wilson (of Mad TV) at Second City, SevenHearts, Future Past, Heat, Apres Vous, Angel Flight, Slow Critters: Fast Food and Scene among others.