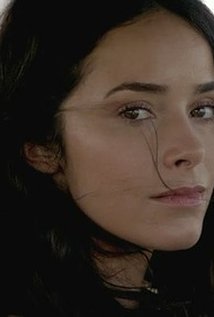 A talented actress, writer and producer on both the big and small screen, Abigail Spencer is quickly making a name for herself in Hollywood.

Spencer had roles in two of summer 2015â€™s most gripping TV dramas. She played â€˜Gena Bruneâ€™ in the second season of HBOâ€™s, â€œTrue Detective;â€ and continued her starring role as â€˜Amantha Holdenâ€™ in season three of the Sundance Channelâ€™s Peabody Award winning show â€œRectify.â€ It was also recently announced that â€œRectifyâ€ has been renewed for a fourth season premiering in 2016. Spencer’s portrayal of â€˜Amantha Holdenâ€™ garnered rave reviews and a Critics Choice Television Award nomination in the category of “Best Supporting Actress in a Dramaâ€ in 2013. The show has also been nominated for a Television Critics Association Award in the category of “Outstanding Achievement in Movies, Mini-series and Specials.â€ The series follows a man who must put his life back together after serving 19 years on Georgia’s Death Row before DNA evidence calls his conviction into question.

Following the success of her 2013 short film she produced & starred in â€œHere and Nowâ€ (which was selected by Ron Howard as the winner of Canon’s â€œProject Imaginationâ€ film contest), Spencer is reteaming with Student Oscar winning director Julian Higgins & partners Josh Pence and Justin Allen for the film, â€œWinter Lightâ€; produced under her Innerlight Films umbrella she co-runs with â€œAnomolisaâ€ director Duke Johnson. “Winter Lightâ€ is a modern-day revisionist Western set against the sweeping backdrop of the snow-covered Montana wilderness. Spencer has also co-written a TV pilot script, â€œTeach,â€ that is on the coveted 2015 WriteHer list.

Spencer recently wrapped production on the indie drama, â€œThe Sweet Life,â€ starring opposite Chris Messina. She also stars in the indie film, â€œA Beautiful Now,â€ which premiered at the Los Angeles Film Festival in June 2015. The film tells the story of a passionate dancer who finds herself mulling over an extreme act when she reaches a crossroads in her life.  Her other big screen credits include: â€œThe Forger;â€ â€œOz, the Great and Powerful;â€ â€œThis Is Where I Leave You;â€ â€œChasing Mavericks;â€ â€œKilimanjaro;’ â€œThe Haunting in Connecticut 2;â€ â€œThis Means Warâ€ and â€œCowboys and Aliens.â€

Spencer spent many summers studying under mentor, Ann Reinking, at the Broadway Theatre Project. She was later accepted into Carnegie Mellon University.

Spencer is from Gulf Breeze Florida, where she spent her youth surfing with her family.