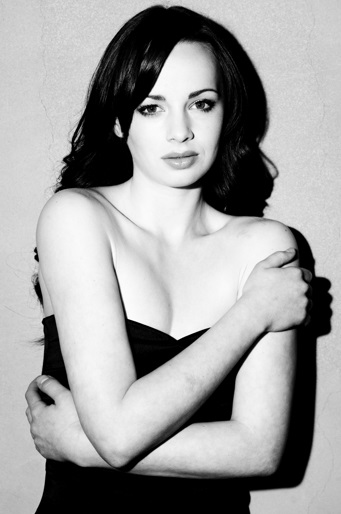 Ashley Rickards currently stars as the lead character in MTVâ€™s popular scripted comedy-drama Awkward. She portrays â€˜Jennaâ€™, a teenager struggling with new found infamy while also managing the drama, relationships, and up and downs of high school life. Rickards was nominated for a Critics Choice Award (Best Actress in a Comedy Series) as well as a Teen Choice Award (Choice Summer TV Star – Female) for her work on Awkward. She won a Peopleâ€™s Choice Awards in 2013 along with the cast for Choice Cable Comedy Series and scored another Peopleâ€™s Choice Award nomination in 2014.

In addition Rickards was most recently seen starring alongside Jaime Pressly and Marlon Wayons in A Haunted House 2. She was previously seen in the film Fly Away as an autistic teen raised by a single mother. Rickards will next be seen starring in the IFC Midnight film, At The Devilâ€™s Door, a suspense thriller from director Nicholas McCarthy. The film will be released on VOD on August 8th, and then in theatres September 12th.

Ashley is currently shooting the high school comedy The Outskirts with Director Peter Hutchings and screenplay written by Dominique Ferrari and Suzanne Wrubel.

Rickardsâ€™ other film credits include: Gamer, Spooned, and the dark coming-of-age film Struck By Lightning opposite Chris Coffer and Rebel Wilson. Her TV shows include: One Tree Hill, Entourage, and FXâ€™s hit series American Horror Story. Rickards is very passionate about her philanthropic work and is a strong supporter of Somaly Mam, a nonprofit charity committed to ending modern day slavery in North America and around the world. Rickards â€” who is also a writer and former equestrian â€” graduated from high school with honors at the age of 15.