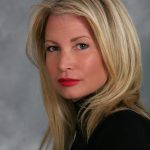 Fugate created and executive produced the hit Lifetime Television series “Army Wives,” an ensemble drama about the relationships and struggles of a diverse group of women living on an active army base with their families. It is the most successful series in the network’s history.

Fugate previously wrote the screenplay for the 2004 feature “The Prince & Me,” directed by Martha Coolidge and starring Julia Stiles. She also wrote the largely autobiographical 2003 film “Carolina,” starring Shirley MacLaine in the role of Grandma Mirabeau, who was based on Fugate’s own late grandmother. In television, she also wrote for the series “Xena: Warrior Princess,” contributing an episode voted in the top 10 of the entire six season run.

Holding a BA in Theater, Fugate has branched out beyond writing to create her own production company, Carpe Diem Films, Inc., in the hopes to write, produce and direct message-driven films. Carpe Diem Films has optioned books and life rights, setting up projects with Katherine writing, directing and executive producing. Those include the upcoming television movie “Killer Among Us” for Lifetime, which aired in September 2012.

In 2008, Fugate was chosen as 1 of 50 women in Daily Variety’s Annual Women of Impact in Hollywood issue, and she has served on the Board of Directors for the Writers Guild of America, West for two consecutive terms. The niece of iconic star Barbara Eden of “I Dream of Jeannie” fame, Fugate has roots in both Southern California and in New Orleans, Louisiana where she concentrates on post-Katrina rebuilding efforts. In her belief in always “paying it forward,” she has also created TheWritersFund, an anonymous fund by WGA writers for WGA writers in need.