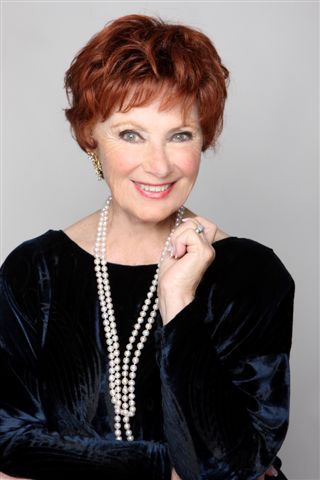 The iconic All-American mom from the classic HAPPY DAYS sitcom had fervent desires of becoming an actress while growing up in her small Minnesota town. Born Marian Ross (with an “a”), she grew up in her native state and, at one time, worked as a teenage au pair in order to earn money for drama lessons. The family eventually relocated to San Diego and she followed.

After changing her name to Marion (with an “o”) Ross she attended San Diego University and appeared in the theater department’s various productions. After graduating she acted with the Old Globe Theatre. She then managed to land a Paramount Studio contract in such films as THE GLENN MILLER STORY , SECRET OF THE INCAS, SABRINA and PUSHOVER. Marking her Broadway debut in 1958 with a role in “Edwin Booth” starring JOSÉ FERRER, Marion continued to focus on TV work including FATHER KNOWS BEST, RAWHIDE, ROUTE 66, THE OUTER LIMITS, FELONY SQUAD and THE BRADY BUNCH. But her most recognized portrayal of the iconic mom in HAPPY DAYS was pivotal as “Marion Cunningham” where she received two Emmy nominations.

She was seen on THE LOVE BOAT, NIGHT Court, MACGYVER, BURKE’S LAW and SUPERMAN. Her role as the obstinate, iron-willed Jewish matriarch in the BROOKLYN BRIDGE garnered two more Emmy nominations. She has always returned to Broadway in such roles as ARSENIC AND OLD LACE, STEEL MAGNOLIAS, LONG DAY’S JOURNEY INTO NIGHT, THE GLASS MENAGERIE, PIPPIN and BAREFOOT IN THE PARK, among others. She also toured with her one-woman show as poet Edna St. Vincent Millay entitled A LOVELY LIGHT. Marion received a fifth Emmy nomination for TOUCHED BY AN ANGEL and appeared in THAT ’70S SHOW, THE DREW CAREY SHOW, GILMORE GIRLS and BROTHERS & SISTERS and has voiced SpongeBob’s grandmother in SPONGEBOB SQUAREPANTS.

Marion Ross’s new film A REASON will be screened at this year’s festival Sunday Oct. 19 at 2 pm.