Will be honored at the Oct 22, 2017 red carpet Awards Ceremony at South Park Center Auditorium 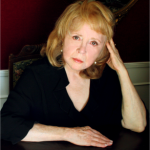 Piper Laurie is one of Hollywood’s most gifted and respected actresses with 3 Academy Award nominations, Golden Globe and Emmy wins, and countless nominations.

Piper Laurie has been called one of the most celebrated and formidable actresses of the last half-century. She has been nominated three times for an Academy Award: for The Hustler, Carrie and Children of a Lesser God. She has starred in almost a hundred films, starting as a teenager in 1950 when she was signed as a contract player to Universal Studios. She worked opposite Tyrone Power, Paul Newman, Ronald Reagan, Donald O’Connor, Dana Andrews, Rock Hudson, Rory Calhoun, Victor Mature, Tony Curtis, Jason Robards, Walter Matthau, Jack Lemon, Cliff Robertson, James Garner, George Clooney, and Mel Gibson.

When she was twenty-three she changed her life and career by breaking her lucrative studio contract to do live television and theater in New York. She was nominated for an Emmy as the young alcoholic opposite Cliff Robertson in the much-celebrated original live TV performance of The Days of Wine and Roses. She followed it with twelve more Emmy nominations, winning for the Hallmark show Promise. She was awarded the Golden Globe for playing both a man and a woman on David Lynch’s iconic Twin Peaks.

Ms. Laurie has performed in numerous plays on and off Broadway, including the 20th anniversary production of The Glass Menagerie with Maureen Stapleton and the Tony-nominated revival of Mornings at Seven.

Ms. Laurie wrote and directed the short film, Property, and in 2011 directed Jim Brochu’s Drama Desk award winning performance in Zero Hour. Her popular memoir, Learning to Live Out Loud, was recently published by Random House/Crown and is now available as an audiobook narrated by the author. The book has received glowing reviews.